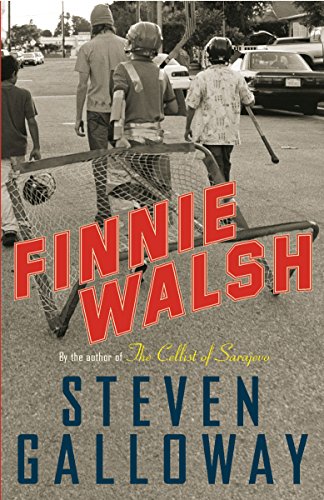 "A terrific first novel, brilliantly conceived and inventively executed, with a power house of an ending that resonates long after the book is finished -- a stunning accomplishment from a young writer who deserves a close look."
-- Quill & Quire

"An eminently readable and warmly witty debut with a seamless narrative and a sucker-punch ending."
-- Georgia Straight

Finnie Walsh is a captivating, Irving-esque story of family, friendship, redemption, and legend.

Paul Woodward lives in Portsmouth, a quiet northern mill-town. Born the day Paul Henderson planted the puck between the pipes against the Soviet Union to win the 1972 Super Series, Paul has no choice about playing hockey. His best friend Finnie Walsh is stinking rich. He is also fellow hockey fanatic and the only good kid in a long line of delinquent brothers. Paul's father works the nightshift at the local mill, owned by Finnie's father. One fateful day the boys noisily prepare for their first season of hockey in the Woodward driveway, keeping Paul's father awake when he should be sleeping. This triggers a chain of world-altering events. Galloway proves that childhood innocence, while not exactly bliss, can be amusing and more than mildly instructional. This is the book John Irving would have written if he understood hockey as well as wrestling. Finnie Walsh, like the fabled games before NHL expansion, is a story about greatness and legend. But it's also a heartsong to family, friendship, and atonement.