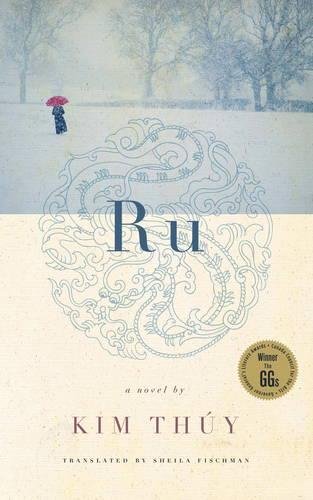 A runaway bestseller in Quebec, with foreign rights sold to 15 countries around the world, Kim Thúy's Governor General's Literary Award-winning Ru is a lullaby for Vietnam and a love letter to a new homeland.

Ru. In Vietnamese it means lullaby; in French it is a small stream, but also signifies a flow--of tears, blood, money. Kim Thúy's Ru is literature at its most crystalline: the flow of a life on the tides of unrest and on to more peaceful waters. In vignettes of exquisite clarity, sharp observation and sly wit, we are carried along on an unforgettable journey from a palatial residence in Saigon to a crowded and muddy Malaysian refugee camp, and onward to a new life in Quebec. There, the young girl feels the embrace of a new community, and revels in the chance to be part of the American Dream. As an adult, the waters become rough again: now a mother of two sons, she must learn to shape her love around the younger boy's autism. Moving seamlessly from past to present, from history to memory and back again, Ru is a book that celebrates life in all its wonder: its moments of beauty and sensuality, brutality and sorrow, comfort and comedy.

KIM THÚY has worked as a seamstress, interpreter, lawyer and restaurant owner. She currently lives in Montreal where she devotes herself to writing.

Sheila Fischman  is the award-winning translator of some 150 contemporary novels from Quebec. In 2008 she was awarded the Molson Prize in the Arts. She is a Member of the Order of Canada and a chevalier de l'Ordre national du Québec. She lives in Montreal.