Verwandte Artikel zu The Raven King: Matthias Corvinus and the Fate of His...

Tanner, Marcus The Raven King: Matthias Corvinus and the Fate of His Lost Library

The Raven King: Matthias Corvinus and the Fate of His Lost Library 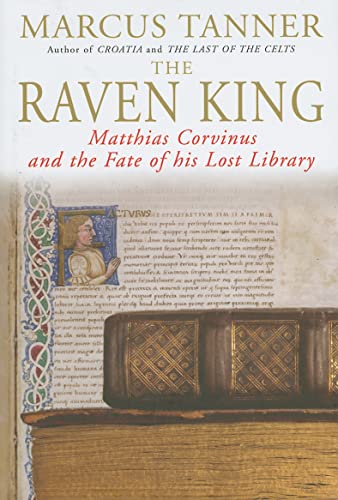 Light wear to dust jacket. Shipped from the U.K. All orders received before 3pm sent that weekday.

"Tanner has a shrewd sense of character and a vivid eye for detail, and he succeeds in bringing to life the politics of Matthias's reign, with all its dynastic in-fighting and geopolitical jockeying for position."-Noel Malcolm, The Telegraph -- Noel Malcolm * The Telegraph *

Seizing the Hungarian throne at the age of fifteen, Matthias Corvinus, the "Raven King," was an effervescent presence on the fifteenth-century stage. A successful warrior and munificent art patron, he sought to leave as symbols of his strategic and humanist ambitions a strong, unified country, splendid palaces, and the most magnificent library in Christendom. But Hungary, invaded by Turkey after Matthias's death in 1490, yielded its treasures, and the Raven King's exquisite library of two thousand volumes, witness to a golden cultural age, was dispersed first across Europe and then the world. The quest to recover this collection of sumptuously illuminated scripts provoked and tantalized generations of princes, cardinals, collectors, and scholars and imbued Hungarians with the mythical conviction that the restoration of the lost library would seal their country's rebirth. In this thrilling and absorbing account, drawing on a wealth of original sources in several languages, Marcus Tanner tracks the destiny of the Raven King and his magnificent bequest, uncovering the remarkable story of a life and library almost lost to history.

1. The Raven King: Matthias Corvinus and the Fate of his Lost Library