Verwandte Artikel zu A Sum of Destructions: Picasso's Cultures and the...

Staller, Natasha A Sum of Destructions: Picasso's Cultures and the Creation of Cubism

A Sum of Destructions: Picasso's Cultures and the Creation of Cubism 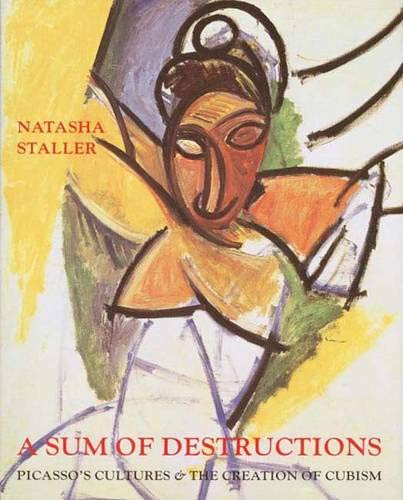 In this groundbreaking book, Natasha Staller examines closely for the first time the complex and intricate dialogue between Picasso and the multiple cultures of his early life. Staller argues that to a degree never before imagined Picasso's revolutionary Cubism was saturated with his past - inspired in part by competing and colliding images, myths and ideas from a series of cultural legacies. She tracks Picasso on his odyssey through cultures: from Malaga, where he spent his first ten years, to La Coruna, Barcelona and finally to Paris, where he moved as a young man. Picasso's most fundamental attitudes, she contends, were all formed in Malaga. Yet Cubism could not have been invented had he not moved to Paris. Each culture became a prism through which he viewed the next; in each case he actively transformed what he found. Staller boldy illuminates what Cubism's radical attributes meant in historical and culturally specific terms. With vivid detail, she analyses an unprecedented range of new, often archival, materials - from coded messages senoritas sent with fans to ritual re-enactments of holy wars, from enchanted characters of fairy tales to superstitions, bullfighting treatises, provincial art-school manuals, three-minute films and Picasso's childhood works his parents saved from the time he was nine. A Sum of Destructions offers a new appreciation of Picasso's extraordinary ability to recast his cultural past as he grappled with his avant-garde present - to create stunningly original images, the most historically decisive of his life. Staller reinterprets major works from Demoiselles to Suze, and beyond, along the way transforming our understanding of both Picasso and his Cubist art:

1. A Sum of Destructions: Picassos Cultures and the Creation of Cubism.