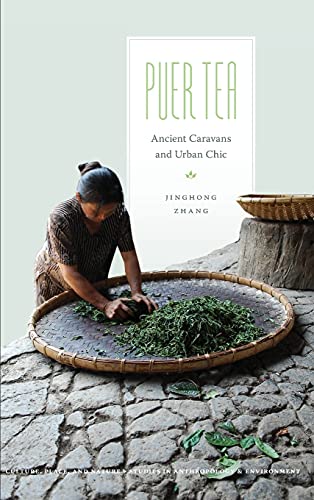 [R]eflective of the deep socioeconomic and historical constructions of value in Puer tea shaped across many centuries, which Zhang captures in this intriguing monograph. Tracing the popularization of Puer tea in the late-twentieth and early-twenty-first centuries, from its rise, peak, and eventual crash in 2007, this book is an insightful examination of the world of Puer tea. . . . [T]his ethnography presents a unique contribution to those interested in commodities, exchange, authenticity, and symbolic value. . . . The strength of this book lies in is rich ethnographic detail, in terms of privileging (and problematizing) the voices of the many actors involved in Puer tea, in addition to providing rich visual material to illuminate the complicated processes of producing, cultivating, and marketing Puer tea. -- Willa Zhen * Food, Culture and Society * This fine book has so much to tell us about the political economy of Puer tea over different periods of time and with links to Hong Kong, Taiwan and beyond...[I]nformative and well-written. -- Tan Chee Beng * Australian Journal of Anthropology * A wealth of valuable information, both historical and anecdotal....should be mandatory reading for anyone interested in the subject of Puer tea. * Two Dog Tea Blog * An admirably coherent analysis of the complex social relationships that shaped the Pu'er market. . . . and a fine addition to the literature on the cultural biographies of commodities. . . . Recommended for the teaching of political economy, cultural economy, Chinese social transformation, and regional development studies. * China Quarterly *

Puer tea has been grown for centuries in the "Six Great Tea Mountains" of Yunnan Province, and in imperial China it was a prized commodity, traded to Tibet by horse or mule caravan via the so-called Tea Horse Road and presented as tribute to the emperor in Beijing. In the 1990s, as the tea's noble lineage and unique process of aging and fermentation were rediscovered, it achieved cult status both in China and internationally. The tea became a favorite among urban connoisseurs who analyzed it in language comparable to that used in wine appreciation and paid skyrocketing prices. In 2007, however, local events and the international economic crisis caused the Puer market to collapse. Puer Tea traces the rise, climax, and crash of this phenomenon. With ethnographic attention to the spaces in which Puer tea is harvested, processed, traded, and consumed, anthropologist Jinghong Zhang constructs a vivid account of the transformation of a cottage handicraft into a major industry-with predictable risks and unexpected consequences. Watch the videos: http://www.washington.edu/uwpress/books/Zhang_PUER_TEA_videos.html