Modernism in Serbia: The Elusive Margins of Belgrade Architecture, 1919–1941 (The MIT Press) 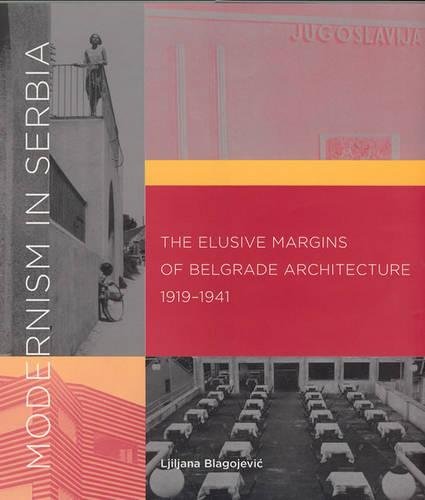 "Ljiljana Blagojevic's book is a welcome addition to the pioneering series of books on Central and Eastern European architecture that MIT Press initiated some years ago. Not only does the author bring to light surprising discoveries that have escaped the notice of previous historians of architectural modernism, but she succeeds in describing the specific situation of Serbian architecture in a way that connects it to European developments of the past as well as to theoretical debates of the present. This book restores Belgrade to its rightful place on the map of modernism."--Akos Moravanszky, Professor of Architectural Theory, Swiss Federal Institute of Technology, and author of *Competing Visions: Aesthetic Vision and Social Imagination in Central European Architecture* "John Stuart's lucid translation of and introduction to Paul Scheerbart's ironic sci-fi novel The Gray Cloth of 1914 (a companion piece to his prose-poem Glasarchitektur of the same year) confirms Scheerbart's reputation as the primary source for the anarchic techno-utopianism that pervades the entire trajectory of German Expressionist architecture. As close to Baron Munchausen and Gulliver's Travels as to Jules Verne and the psycho-physics of Gustav Theodor Fechner, Scheerbart's astral modernity envisages a brightly colored, orientalized, ferro-vitreous architecture, at one with a pacified cosmos."--Kenneth Frampton, Ware Professor of Architecture, Columbia University "By re-reading with a critical eye the fifty-year-old techno-aesthetic discourse of the military-industrial complex as found in the thought and architecture of Gyorgy Kepes, Eliot Noyes and above all Eero Saarinen, Martin compels us to reassess the curtain-wall corporate architecture of the 50s as if its modular laconic character was in and of itself an analog for telematic organization and control. This scholarly analysis of hitherto unexamined material draws special attention to the significance of this period for the future of architecture."--Kenneth Frampton, Ware Professor of Architecture, Columbia University "Long overdue, Simon Sadler's book finally gives us a meticulous ideological history of the evolution of Archigram, one which will prove invaluable to all future accounts of British architectural culture during the 1960s."--Kenneth Frampton, Ware Professor of Architecture, Columbia University

The first comprehensive study of the modern movement in Serbian architecture. Modernism in Serbia is the first comprehensive account of an almost forgotten body of work that once defined regional modernism at its best. The book reconstructs the story of Serbian modernism as a local history within a major movement and views the buildings designed in Belgrade in the 1920s and 1930s as part of a larger cultural phenomenon. Because so many of the buildings discussed are disintegrating or have been destroyed or altered beyond recognition, the book serves not only as a documentary and critical study but also as a preservation resource. Most of the photographs and plans have never been published outside of Serbia, if at all. In restoring this work to its rightful place in the history of modern architecture, the book also sheds new light on a number of other stories. These include the influence of Le Corbusier and of the Yugoslav avant-garde movement Zenitism and the impact of international modern movements on the theoretical underpinnings of Serbian modernism. One of the subplots follows the story of the Group of Architects of the Modern Movement in Belgrade and its four founding members, Milan Zlokovic, Branislav Kojic, Jan Dubovy, and Dusan Babic. Through an examination of their work and that of other modern architects, most notably Dragisa Brasovan and Nikola Dobrovic, the book discusses the identity of Serbian modernism as it was established in the period from 1925 to 1940. The book also identifies those buildings that represent the purest examples of Serbian modernism and analyzes the qualities that make them quintessentially local forms while part of the larger modernist movement. Modernism in Serbia is a co-publication of the Harvard Design School and MIT Press.