The Material of Knowledge: Feminist Disclosures 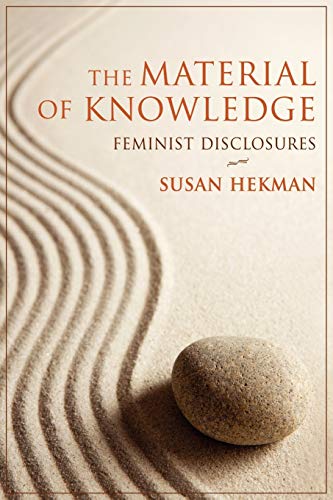 "There is no other existing book that does exactly what Hekman does here, which is work across a very broad and diverse range of fields and figures to draw together the best of what's out there rethinking the relationship between the material and the linguistic." -Shannon Sullivan, Penn State University "This is a truly feminist book in the best sense; it does not simply adopt, or abandon, paradigms but engages with what's worth saving. It is a genuinely new way of thinking about the relation between matter and science." -Claire Colebrook, University of Edinburgh

Susan Hekman believes we are witnessing an intellectual sea change. The main features of this change are found in dichotomies between language and reality, discourse and materiality. Hekman proposes that it is possible to find a more intimate connection between these pairs, one that does not privilege one over the other. By grounding her work in feminist thought and employing analytic philosophy, scientific theory, and linguistic theory, Hekman shows how language and reality can be understood as an indissoluble unit. In this broadly synthetic work, she offers a new interpretation of questions of science, modernism, postmodernism, and feminism so as to build knowledge of reality and extend how we deal with nature and our increasingly diverse experiences of it.