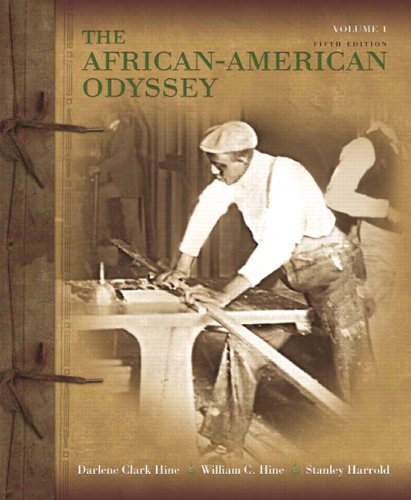 Superior in content, sources, and organization. The text does a phenomenal job of profiling various people and moments throughout history. An additional strength of the book is the extensive use of visual aids and recommended readings at the conclusion of every chapter. -David A. Terry, San JoaquinDelta College The greatest challenge has been in finding a text that both on-campus and online students can utilize. The Hine text seems to have eliminated this challenge. -Evyonne Hawkins, Richland Community College I find it extremely well written, covering all of the bases. I wanted a text that does a good job with the basics of US history. Hine does that. -Theodore Kallman, San JoaquinDelta College What really makes this book standout is the coverage of women and the many significant contributions they have made. My female students often thank me for choosing a book which makes them an important part of the story. -Abel A. Bartley, ClemsonUniversity

More than any other text, The African-American Odyssey illuminates the central place of African Americans in U.S. history - not only telling the story of what it has meant to be black in America, but also how African-American history is inseparably weaved into the greater context of American history and vice versa. Told through a clear, direct, and flowing narrative by leading scholars in the field, The African-American Odyssey draws on recent research to present black history within broad social, cultural, and political frameworks. From Africa to the Twenty-First Century, this book follows their long, turbulent journey, including the rich culture that African Americans have nurtured throughout their history and the many-faceted quest for freedom in which African Americans have sought to counter oppression and racism. This text also recognizes the diversity within the African-American sphere - providing coverage of all class and of women and balancing the lives of ordinary men and women with the accounts and actions of black leaders and individuals.