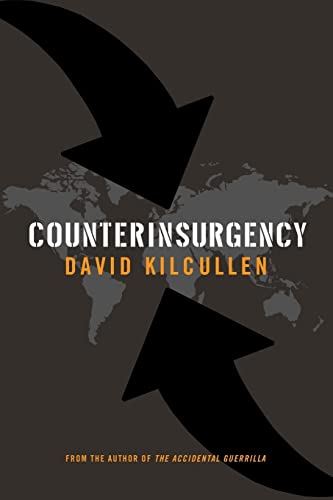 "Kilcullen is to be applauded for his effort to impose strategic order on the threat of Islamist movements..."--Colin Jackson, Navel War College "This book gives the reader much more than a better understanding of the situation in Iraq and Afganistan. It encapsulates numerous particularly relevant insights into the tactical, operational, and strategic challenges of counterinsurgency; plus it offers the most succinct overview of how to wage a global counterinsurgency anywhere." --Army History

David Kilcullen is one of the world's most influential experts on counterinsurgency and modern warfare. A Senior Counterinsurgency Advisor to General David Petraeus in Iraq, his vision of war powerfully influenced America's decision to rethink its military strategy in Iraq and implement "the Surge," now recognized as a dramatic success. In Counterinsurgency, Kilcullen brings together his most salient writings on this key topic. At the heart of the book is his legendary "Twenty-Eight Articles." In it, he shows company leaders how to practice counterinsurgency in the real world, "at night, with the GPS down, the media criticizing you, the locals complaining in a language you don't understand, and an unseen enemy killing your people by ones and twos." Reading this piece is like reading a modern-day Sun Tzu--an essential read for officers in the field, and not infrequently an excellent source of wisdom for readers of all stripes, military or civilian. In such pithy adages as "Rank is nothing: talent is everything" or "Train the squad leaders--then trust them," Kilcullen offers advice that any leader would be wise to consider. The other pieces in the book include Kilcullen's pioneering study of counterinsurgency in Indonesia, his ten-point plan for "the Surge" in Iraq, and his frank look at the problems in Afghanistan. He concludes with a new strategic approach to the War on Terrorism, arguing that counterinsurgency rather than traditional counterterrorism may offer the best approach to defeating global jihad. Counterinsurgency is a picture of modern warfare by someone who has had his boots on the ground in some of today's worst trouble spots--including Iraq and Afghanistan--and who has been studying the topic since 1995. Filled with down-to-earth, common-sense insights, this book is indispensable for all those interested in making sense of our world in an age of terror.