The New Quantum Age: From Bell's Theorem to Quantum Computation and Teleportation 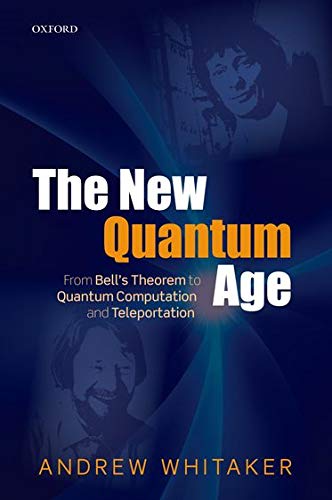 Ever since its discovery eighty-five years ago, quantum theory has been used to study the physical universe with great profit, both intellectual and financial. Over the last fifty years, however, we have found out more and more about the theory itself, and what it tells us about the universe. It seems we may have to accept non-locality - cause and effect may be light-years apart; loss of realism - nature may be fundamentally probabilistic; and non-determinism - it seems that God does play dice!

This book, written by an expert in the field, explains the emergence of our new perspective on quantum theory, but also describes how the ideas involved in this re-evaluation led seamlessly to a totally new discipline -quantum information theory. This discipline includes quantum computation, which is able to perform tasks quite out of the range of other computers; the totally secure algorithms of quantum cryptography; and quantum teleportation - as part of science fact rather than science fiction.

The book is the first to combine these elements, and will be of interest to anybody interested in fundamental aspects of science and their application to the real world.