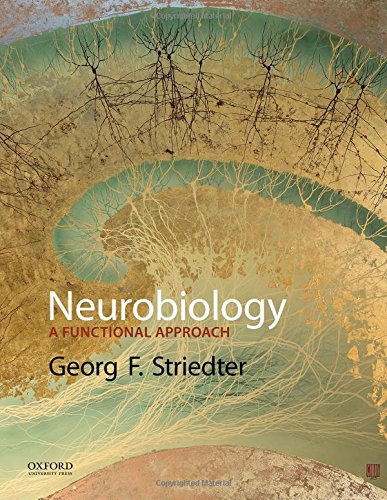 "The author has done an exceptional job of taking the concepts covered in other Neuroscience textbooks and organizing them in a way that should help students make the connections between the theory and the practice."--Judith Ochrietor, University of North Florida

"This text approaches neurobiology from an organismal perspective instead of just presenting factual information without context. I like the integrative approach this text offers, and the coverage of neuroanatomy (including important functional pathways) in the first chapter made me want to adopt this text for use in my course."--John D. Griffin, College of William and Mary
"I like this book's overall approach very much. For an introductory textbook it is important to keep things simple, avoid unnecessary jargon, and explain thoroughly the significance of the material, and Professor Striedter does all of these things exceptionally well. The text not only presents the facts, but also explains in detail the original experiments that discovered these facts, thus encouraging students to understand the science rather than just memorize information."--Kwoon Wong, University of Michigan
"By considering the whole organism, and approaching each aspect of the nervous system as a problem, the text connects each topic to the next, allowing students to build a more holistic understanding of the nervous system."--Sara Tallarovic, University of the Incarnate Word
"This is a book that I would consider ideal for an Intro Neuroscience course. It has a strong pre-med emphasis, but also adequate animal examples."--Barry Condron, University of Virginia
Reseńa del editor:

Focusing on the problems that brains help organisms solve, Neurobiology: A Functional Approach asks not only how the nervous system works but also why it works as it does. This text introduces readers to neurobiology through an evolutionary, organismal, and experimental perspective. With a strong emphasis on neural circuits and systems, it bridges the gap between the cellular and molecular end and the cognitive end of the neuroscience spectrum, allowing students to grasp the full breadth of the subject. Neurobiology covers not only what neuroscientists have learned about the brain in terms of facts and ideas, but also how they have learned it through key experiments.