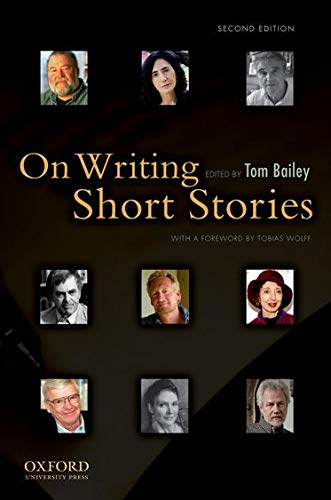 On Writing Short Stories, Second Edition, explores the art and craft of writing short fiction by bringing together nine original essays by professional writers and thirty-three examples of short fiction. The first section features original essays by well-known authors―including Francine Prose, Joyce Carol Oates, and Andre Dubus―that guide students through the process of writing. Focusing on the characteristics and craft of the short story and its writer, these essays take students from the workshopping process all the way through to the experience of working with agents and publishers. The second part of the text is an anthology of stories―many referred to in the essays―that give students dynamic examples of technique brought to life.

In this second edition, author-editor Tom Bailey brings the text up-to-date with new and revised essays, alongside classic pieces by Robert Coles and Frank Conroy and a foreword by Tobias Wolff.

New to This Edition

* Includes new and revised essays: Two new essays on workshopping by award-winning fiction writers Robert Boswell ("After the Workshop: Transitional Drafts") and Antonya Nelson ("Whose Story Is It? The Anonymous Workshop") introduce the latest techniques in the process. C. Michael Curtis updates his essay on "Publishers and Publishing" in order to take into account the rise of electronic and online publishing.

* Offers an expanded, diversified anthology of thirty-three stories, including works by short-short fiction and non-Western authors. New selections include works by such well-known authors at Jhumpa Lahiri and ZZ Packer.

* The essay on craft is accompanied by writing exercises that push students to develop their craft as they work through the writing process.

Tom Bailey is the author of several books, including Crow Man Stories (2003) and the novels The Grace That Keeps This World (2006) and Cotton Song (2006), as well as A Short Story Writer's Companion (OUP, 2000). His short stories have been anthologized in the Pushcart Prizes, New Stories from the South, Streetsongs: New Voices in Fiction, and cited in The Best American Short Stories. Among other awards for his writing, he has received a National Endowment of the Arts Fellowship and a Newhouse Award from the John Gardner Foundation and was named winner of the 2006 Mississippi Institute of Arts and Letters Award for Fiction. He currently teaches in the Writers Institute at Susquehanna University, where he is a professor of English and Creative Writing.