Verwandte Artikel zu Being Young and Muslim: New Cultural Politics in the...

Being Young and Muslim: New Cultural Politics in the Global South and North (Religion and Global Politics) 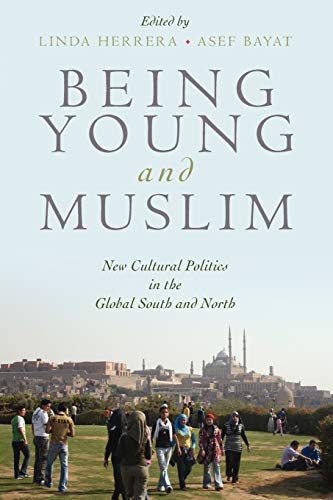 Among the impressive features of (Nazli Kibria, The British Journal of Sociology)

"This is an excellent collection of essays on youth in a number of Muslim majority (and minority) societies in the context of globalization and modernity. A particular strength of this volume is its ability to highlight the multiple and contested roles of religion and personal faith in the fashioning of contemporary youthful Muslim identities. Such insights often challenge secular Western master narratives of modernity and suggest credible reconceptualizations of what it means to be young and modern in a broad swath of the world today."

In recent years, there has been a proliferation of interest in youth issues and Muslim youth in particular. Young Muslims have been thrust into the global spotlight in relation to questions about security and extremism, work and migration, and rights and citizenship. This book interrogates the cultures and politics of Muslim youth in the global South and North to understand their trajectories, conditions, and choices. Drawing on wide-ranging research from Indonesia to Iran and Germany to the U.S., it shows that while the majority of young Muslims share many common social, political, and economic challenges, they exhibit remarkably diverse responses to them. Far from being "exceptional," young Muslims often have as much in common with their non-Muslim global generational counterparts as they share among themselves. As they migrate, forge networks, innovate in the arts, master the tools of new media, and assert themselves in the public sphere, Muslim youth have emerged as important cultural and political actors on a world stage.