Dancefilm: Choreography and the Moving Image 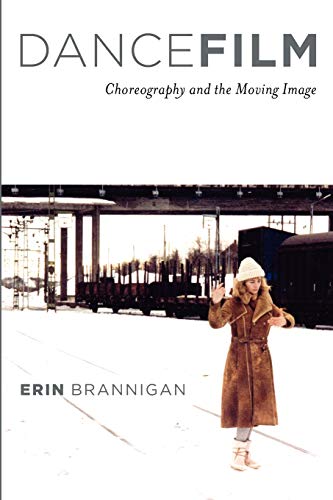 This is a book of tremendous reach and range, shuttling easily up and down the decades, moving nimbly between dance history and film theory, and hopping happily back and forth between big mainstream movies and small experimental gems. It's a book be-jeweled with zinging phrases, memorable quotations and big ideas tautly expressed. Best of all, it's an hospitable book with a great cast of characters, wherein film-stars rub shoulders with theorists and the commercial converses with the avant garde. (David Hinton, Film-maker)

This book makes a convincing case for recognizing that work choreographed by and with the camera is an artform with its own distinct properties. Drawing on philosophy, dance studies, and film theory, Brannigan offers acute insights into the nature of dancefilm. (Ramsay Burt, Professor of Dance History, De Montfort University)

Images move; dancers make images: the complexities of this choreographic interweave are here explored in a range of illuminating ways. Erin Brannigan's book is an innovative contribution of equal importance to Cinema Studies and Dance Research. (Jane Goodall, Adjunct Professor, Writing and Society Research Group, The University of Western Sydney)

Tackling a large-scale agenda from a meticulously researched and unapologetically dance-centred perspective, Dancefilm is a much-needed resource for the serious scholar. (RealTime)

A significant contribution to the field. Brannigan has provided us with an historical context, terminology and other tools for discussing dancefilm. She has assembled a particular cast of theorists, historians, choreographers, filmmakers and dancefilm artists. She has provided a platform upon which further development of screendance can spring. Can we now step forward, respond to and acknowledge her offering, and continue the conversation? (Dancefilm Journal)

Dancefilm: Choreography and the Moving Image examines the choreographic in cinema - the way choreographic elements inform cinematic operations in dancefilm. It traces the history of the form from some of its earliest manifestations in the silent film era, through the historic avant-garde, musicals and music videos to contemporary experimental short dancefilms. In so doing it also examines some of the most significant collaborations between dancers, choreographers, and filmmakers.
The book also sets out to examine and rethink the parameters of dancefilm and thereby re-conceive the relations between dance and cinema. Dancefilm is understood as a modality that challenges familiar models of cinematic motion through its relation to the body, movement and time, instigating new categories of filmic performance and creating spectatorial experiences that are grounded in the somatic. Drawing on debates in both film theory (in particular ideas of gesture, the close up, and affect) and dance theory (concepts such as radical phrasing, the gestural anacrusis and somatic intelligence) and bringing these two fields into dialogue, the book argues that the combination of dance and film produces cine-choreographic practices that are specific to the dancefilm form. The book thus presents new models of cinematic movement that are both historically informed and thoroughly interdisciplinary.