Hanna, Tim One Good Run: The Legend of Burt Munro

One Good Run: The Legend of Burt Munro 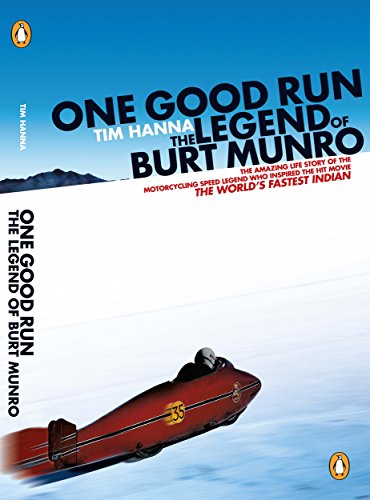 Munro was the archetypal eccentric, 'number-eight-wire' Kiwi inventor. He took an original Indian motorbike and modified it in his Christchurch shed so that it was capable of extreme speeds. With this bike he broke several international speed records at the Bonneville Salt Flats in Utah in 1967 (he was clocked on several occasions at over 200mph).

From small town Invercargill in the 1920s to heroic deeds in the USA, Munro was still inventing (and planning another 'assault on the salt') up until his death in 1978.

This is very much a true-life 'little guy beats the odds' story; Munro still holds several records in the US - as a mark of respect the category he raced in was 'frozen' for all time.

The publication of the book has been timed to coincide with the movie, The World's Fastest Indian, directed by Roger Donaldson and starring Sir Anthony Hopkins.

Tim Hanna is a former advertising copy writer, he has also written for television and is a motorcycle enthusiast in his own right. He has personal connections to director Roger Donaldson.