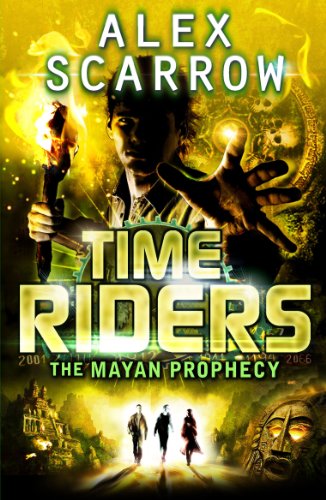 Liam O'Connor should have died at sea in 1912.
Maddy Carter should have died on a plane in 2010.
Sal Vikram should have died in a fire in 2026.
But all three have been given a second chance - to work for an agency that no one knows exists. Its purpose: to prevent time travel destroying history . . .

When Maddy finally unlocks fragments of the secret that Becks has been holding on to, the TimeRiders start to piece together their true purpose. Racing through time to connect the clues, the team discover a Mayan tribe and an ancient relic provides a vital link to the past . . . and future.

But not all the TimeRiders can cope with the discovery, and one threatens to bring them all down if they can act out their revenge . . .

Alex Scarrow used to be a rock guitarist, then he became a graphic artist, then he decided to be a computer games designer. Finally, he grew up and became an author. He has written a number of successful thrillers and several screenplays, but it's YA fiction that has allowed him to really have fun with the ideas and concepts he was playing around with designing games. Alex lives in Norwich.