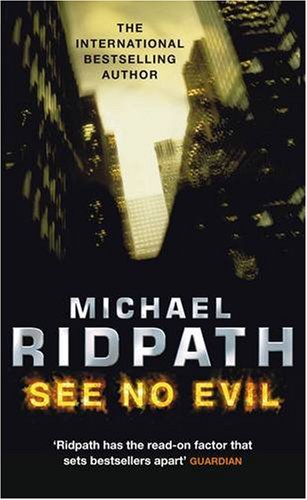 When an old college friend pays Alex Calder an unexpected visit he is drawn once more into the shady dealings of the City – and in particular back to Bloomfield Weiss, the investment bank he’d hoped he’d left well behind.

For Kim is married to Todd van Zyl, son of South African newspaper tycoon Cornelius van Zyl. Todd wants Alex’s help to investigate the murder of his mother, shot at a game reserve near Cape Town eighteen years ago.

Todd had always believed his mother was killed by guerrillas – but the recent discovery of a letter written by her shortly before her death now suggests a crime far closer to home. And it seems Alex’s old enemy at Bloomfield Weiss holds the key to the mystery.

Unfortunately Todd’s suspicions have stirred up a nest of vipers – with deadly repercussions . . .

Michael Ridpath is the bestselling author of Free to Trade, The Marketmaker, Final Venture, The Predator, Fatal Error and On the Edge (which also features Alex Calder). He lives in north London. See also his website at www.michaelridpath.com