Verwandte Artikel zu The Queen and I

Townsend, Sue The Queen and I

The Queen and I 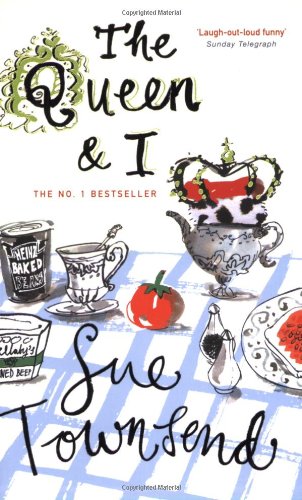 The Queen and I de Sue Town Send. Penguin Readers, 2002

A seminal comic masterpiece of our time, now published for the first time in Penguin.

THE MONARCHY HAS BEEN DISMANTLED

When a Republican party wins the General Election, their first act in power is to strip the royal family of their assets andtitles and send them to live on a housing estate in the Midlands.
Exchanging Buckingham Palace for a two-bedroomed semi in Hell Close (as the locals dub it), caviar for boiled eggs, servants for a social worker named Trish, the Queen and her family learn what it means to be poor among the great unwashed. But is their breeding sufficient to allow them to rise above their changed circumstance or deep down are they really just like everyone else?

Sue Townsend was born in Leicester in 1946. Despite not learning to read until the age of eight, leaving school at fifteen with no qualifications and having three children by the time she was in her mid-twenties, she always found time to read widely. She also wrote secretly for twenty years. After joining a writers' group at The Phoenix Theatre, Leicester, she won a Thames Television award for her first play, Womberang, and became a professional playwright and novelist. After the publication of The Secret Diary of Adrian Mole Aged 13¾, Sue continued to make the nation laugh and prick its conscience. She wrote seven further volumes of Adrian's diaries and five other popular novels - including The Queen and I, Number Ten and The Woman Who Went to Bed for a Year - and numerous well received plays. Sue passed away in 2014 at the age of sixty-eight. She remains widely regarded as Britain's favourite comic writer.