Evaristo, Bernardine Soul Tourists: From the Booker prize-winning author of Girl, Woman, Other

Soul Tourists: From the Booker prize-winning author of Girl, Woman, Other 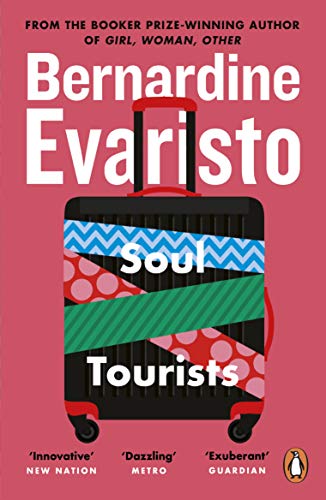 Stanley Williams, angst-ridden banker and boffin, wonders whether there's more to life than his daily nine-to-five grind. One night he's dragged to a disco at Piccadilly Circus and there he meets Jessie: artiste, motormouth, ducker and diver. She swoops Stanley out of his soulless life and off on a rollercoaster road trip across Europe, bringing him face to face with a host of forgotten luminaries from the rich mix of black European history and literature.

Bernardine Evaristo is the Anglo-Nigerian award-winning author of seven books of fiction and verse fiction that explore aspects of the African diaspora: past, present, real, imagined. Her writing also spans short fiction, reviews, essays, drama and writing for BBC radio. She is Professor of Creative Writing at Brunel University London and Vice Chair of the Royal Society of Literature.