Davies, John A History of Wales

A History of Wales 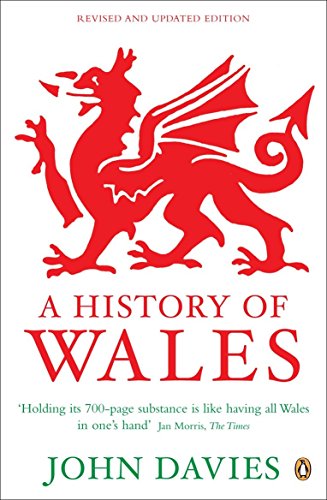 Stretching from the Ice Ages to the present day, this masterful account traces the political, social and cultural history of the land that has come to be called Wales.

Spanning prehistoric hill forts and Roman ruins to the Reformation, the Industrial Revolution and the series of strikes by Welsh miners in the late twentieth century, this is the definitive history of an enduring people: a unique and compelling exploration of the origins of the Welsh nation, its development and its role in the modern world. This new edition brings this remarkable history into the new era of the Welsh Assembly.

John Davies is a native of the Rhondda. He was educated in schools in Treorci, Bwlchllan and Tregaron and at University College, Cardiff, and Trinity College, Cambridge. He taught at the University Colleges of Swansea and Aberystwyth and was for eighteen years the Warden of Neuadd Pantycelyn, Aberystwyth. His other publications include Cardiff and the Marquesses of Bute, Hanes Cymru, Broadcasting and the BBC in Wales, The Making of Wales, The Celts and Cardiff: a Pocket Guide. He is the consultant editor of The Encyclopaedia of Wales. His wife comes from Blaenau Gwent and they have two daughters and two sons.