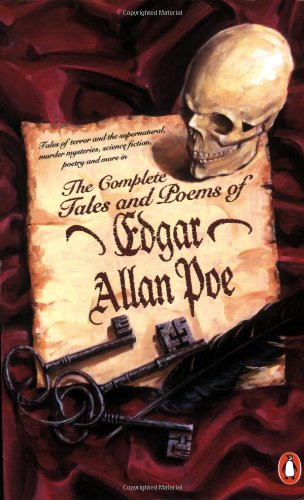 Prepare to be chilled and enthralled by the haunting genius of the acknowledged master of gothic horror and suspense, Edgar Allan Poe. The stories and poems in this complete anthology probe to the depths of the human psyche and include the infamous – and arguably the first ever – detective story ‘Murders in the Rue Morgue’; the disturbing classic, ‘The Fall of the House of Usher’ and the horrifyingly claustrophobic, ‘The Pit and the Pendulum’.

The perfect bedtime read – for the daring and the brave ...

Edgar Allan Poe (1809-49) was born in Boston and orphaned at an early age. Taken in by a couple from Richmond, Virginia, he spent a semester at the University of Virginia but could not afford to stay longer. After joining the Army and matriculating as a cadet, he started his literary career with the anonymous publication of Tamerlane and Other Poems, before working as a literary critic. His life was dotted with scandals, such as purposefully getting himself court-martialled to ensure dismissal from the Army, being discharged from his job at the Southern Literary Messenger in Richmond after being found drunk by his boss, and secretly marrying his thirteen-year-old cousin Virginia (listed twenty-one on the marriage certificate). His work took him to both New York City and Baltimore, where he died at the age of forty, two years after Virginia.