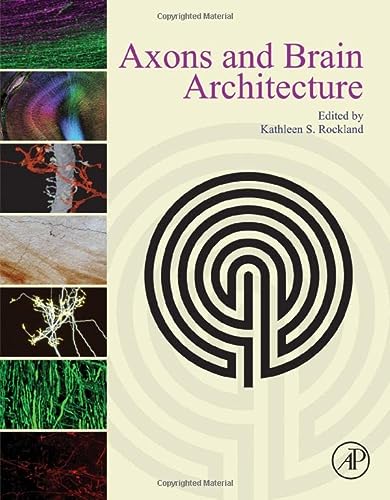 Several excellent monographs exist which deal with axons. These, however, focus either on the cellular and molecular biology of axons proper or on network organization of connections, the latter with only an incidental or abstract reference to axons per se. Still relatively neglected, however, is the middle ground of terminations and trajectories of single axons in the mammalian central nervous system. This middle level of connectivity, between networks on the one hand and local, in vitro investigations on the other, is to some extent represented by retrograde tracer studies and labeled neurons, but there have so far been many fewer of the complementary anterograde studies, with total visualization of the axonal arborization.

The present volume brings together in one source an interrelated treatment of single axons from the perspective of microcircuitry and as substrates of larger scale organization (tractography). Especially for the former area - axons in microcircuitry - an abundance of published data exists, but these are typically in specialty journals that are not often accessed by the broader community. By highlighting and unifying the span from microcircuitry to tractography, the proposed volume serves as a convenient reference source and in addition inspires further interactions between what currently tend to be separate communities. The volume also redresses the imbalance between in vitro/local connectivity and long-distance connections.

Focusing on mammalian systems, Part 1 of this book is devoted to anatomical investigations of connections at the single axon level, drawing on modern techniques and classical methods from the 1990s. A particular emphasis is on broad coverage of cortical and subcortical connections from different species, so that common patterns of divergence, convergence, and collateralization can be easily appreciated. Part 2 addresses mechanisms of axon guidance, as these seem particularly relevant to pathways and branching patterns. Part 3 covers axon dynamics and functional aspects; and Part 4 focuses on tractography, notably including comparisons between histological substrates and imaging.

Dr. Kathleen Rockland is Research Professor of Anatomy and Neurobiology at Boston University School of Medicine and Visiting Professor at Cold Spring Harbor Laboratory. Prior to this, she held academic professorships at the University of Iowa and at the RIKEN Brain Science Institute in Wako, Japan focusing on single axon analysis of long-distance cortical connections in monkey. She holds editorial positions with both the Journal of Comparative Neurology and Frontiers in Neuroanatomy. A leader in the field, she has multiple publications in single axon connectivity.