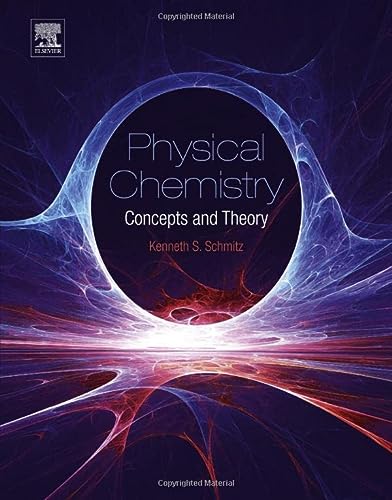 Physical Chemistry: Concepts and Theory provides a comprehensive overview of physical and theoretical chemistry while focusing on the basic principles that unite the sub-disciplines of the field. With an emphasis on multidisciplinary, as well as interdisciplinary applications, the book extensively reviews fundamental principles and presents recent research to help the reader make logical connections between the theory and application of physical chemistry concepts.

Dr. Kenneth Schmitz earned BAs in 1966 for Physics, Chemistry, and Mathematics from Greenville College in Greenville, Illinois. He earned his PhD in 1972 for Physical Chemistry and Biophysics from the University of Washington in Seattle. From 1972 to 1973, Dr. Schmitz was a National Institutes of Health Postdoctoral Associate in the Departments of Chemistry at the University of Washington and then Stanford University.

Dr. Schmitz has won several awards/traineeships in his career including the National Science Foundation Summer Trainee, Department of Chemistry, University of Washington, Seattle in 1968 and 1969; Fellowship in the Japanese Society for the Promotion of Science in 1997; and Fellowship in the Kyoto University Foundation in 1998. He organized the Gordon Research Conference in 1984, which continues to meet every other year under the name "Colloid, Macromolecular, and Polyelectrolyte Solutions."