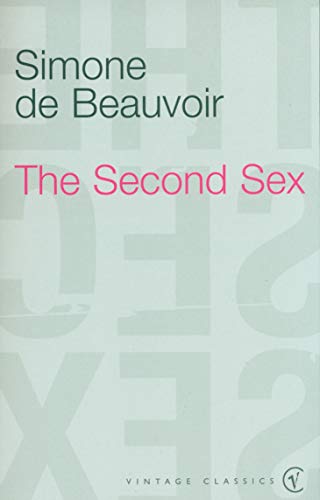 "Discovering The Second Sex was like an explosion in my skull, shattering illusions bred in a conventional fifties childhood...Re-reading the book now I realise how much of it is still entirely relevant, and that (despite advances) women are as much in need of liberation as ever" (Bel Mooney)

"De Beauvoir was not just a genius as a theorist. She dared to live it. Challenging conventional marriage and sexual practice, she used her own experience to explore the emotional costs of jealousy, attachment, monogamy, bohemianism, sexuality, of love" (Susie Orbach)

"A fine piece of work, a lucid translation" (Independent)

"A fresh, much expanded, more intelligible book which repays re-reading by adherents of the old version, and cries out for attention from young women who have not been exposed to this most powerful of feminist thinkers" (Irish Times)

Of all the writing that emerged from the existentialist movement, Simone de Beauvoir's groundbreaking study of women will probably have the most extensive and enduring impact. It is at once a work of anthropology and sociology, of biology and psychoanalysis, from the pen of a writer and novelist of penetrating imaginative power. THE SECOND SEX stands, four decades after its first appearance, as the first landmark in the modern feminist upsurge that has transformed perceptions of the social relationship of man and womankind in our time.