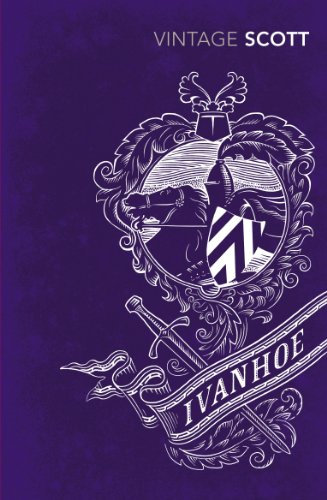 "When Sir Walter Scott, a solicitor by trade, produced Ivanhoe in 1791, he invented the historical novel. This great romantic tale of peril and rescue, chivalry and pageantry created a genre" (Scotsman)

"It's brilliantly written, the most tremendous story, a fantastic adventure, and it's also got this wonderful love story" (Tony Blair)

"I devoured it" (Sebastian Faulks Independent)

"[Ivanhoe] entranced people all over Europe, with Goethe declaring that Scott had invented 'a wholly new art'" (Daily Telegraph)

It is the dark days of King Richard's reign, when the beloved king is fighting in far-off lands, leaving his corrupt brother John in charge of his kingdom. Tensions between Saxon and Norman lords erupt in bouts of bloodshed or foul play; good men are banished, forced to turn outlaw and serve the true king in secrecy and disguise. In this dangerous world, the brave Wilfred of Ivanhoe must grapple with the claims of family, crown, truth and justice if he is ever to win the hand of his true love, the beautiful Lady Rowena.