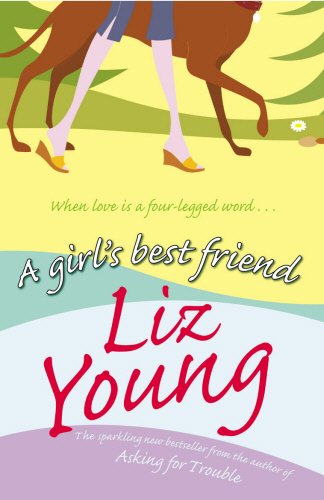 'Dogs are better than men, because?'

So says the poster on Izzy Palmer's fridge, and she's only half joking. At a long-planned murder party, Izzy has to play scheming little tart Emerald without her boyfriend, Leo, who's let her down yet again. Cast in fiendish skullduggery with Nick, who would have been improved by a spot of murder himself, Izzy can only grit her teeth and play along.

Not content with insulting her dog and telling her to hold her stomach in, Nick then has the gall to turn halfway human just as Izzy's decided she can't stand him. Still, at least he makes Leo just a little bit jealous at last, but that's all that can be said for him. Until she faces the one heartbreak she'd never imagined...

Liz Young started writing after a variety of jobs that included being part of an airline cabin crew, modelling for TV commercials in Cyprus and working for the Sultan's Armed Forces in Oman. She is the author of Asking for Trouble, Fair Game, A Girl's Best Friend and, most recently, Making Mischief. She lives in Surrey.