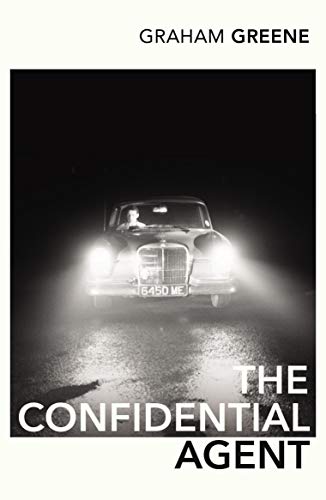 "'In a class by himself...the ultimate chronicler of twentieth-centuryman's consciousness and anxiety' William Golding"

"'The most ingenious, inventive and exciting of our novelists, rich in exactly etched and moving portraits of real human beings...the tragic and comic ironies of love, loyalty and belief'" (V. S. Pritchett The Times)

"'A superb storyteller...he had a talent for depicting local colour, a keen sense of the dramatic, and eye for dialogue, and skill in pacing his prose'" (New York Times)

WITH A NEW INTRODUCTION BY IAN RANKIN

‘In a class by himself...the ultimate chronicler of twentieth-century man’s consciousness and anxiety’ William Golding

In a small continental country civil war is raging. Once a lecturer in medieval French, now a government agent, D is a scarred stranger in England, sent on a mission to buy coal at any price. Initially, this seems to be a matter of straightforward negotiation, but soon, implicated in murder, accused of possessing false documents and theft, held responsible for the death of a young woman, D becomes a hunted man, tormented by allegiances, doubts and love.