Black Boy: A Record of Youth and Childhood (Vintage Classics) 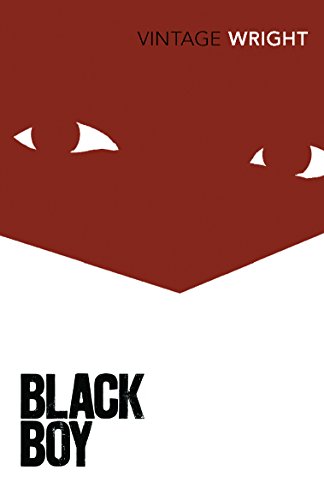 "Before he was 40, Wright dominated literary America, publishing four books in seven years, each a triumph in its genre. His first novel, Native Son (1940), sold at the rate of 2,000 copies a day, making Wright the first best-selling black writer in the country's history. Black Boy (1945), his memoir of his Southern childhood, was a bigger success, selling more than a half-million copies" (New York Times)

"An angry chronicle of a bright black rebel growing up in the Jim Crow southlands: a landmark in the literature of Black America" (The Times)

A stark depiction of African American life and racial tension in the Deep South.

At four years old, Richard Wright set fire to his home in a moment of boredom; at five his father deserted the family; by six Richard was - temporarily - an alcoholic. Moved from home to home, from brick tenement to orphanage, a grandmother in Jackson, an aunt in Arkansas, he had had, by the age of twelve, only one year's formal education. It was in saloons, railroad yards and streets that he learned the facts about life under white subjection, about fear, hunger and hatred, while his mother's long illness taught him about suffering.

The same alertness and independence that made him the 'bad boy' of his family and the victim of endless beatings and remonstrances also lost him numerous jobs. Gradually he learned to play Jim Crow in order to survive in a world of white hostility, secretly satisfying his craving for books and knowledge until the time came when he could follow his dream of justice and opportunity in the north.