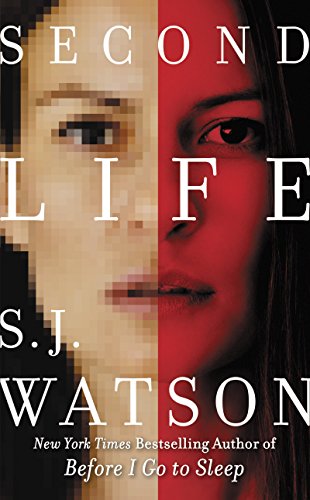 This riveting psychological thriller traces a woman s descent into the treacherous world of the internet.

How well can you really know another person? How far would you go to find the truth about someone you love?

When Julia learns that her sister has been violently murdered, she must uncover why. But Julia s quest quickly evolves into an alluring exploration of own darkest sensual desires. Becoming involved with a dangerous stranger online, she s losing herself . . . losing control . . . perhaps losing everything. Her search for answers will jeopardize her marriage, her family, and her life.

A tense and unrelenting novel that explores the secret lives people lead and the dark places in which they can find themselves Second Life is a masterwork of suspense from the acclaimed S. J. Watson.

S. J. Watson was born in the Midlands and lives in London. His first novel was the award-winning Before I Go to Sleep, which has sold over four million copies in more than forty languages around the world. It was recently adapted into a major motion picture starring Nicole Kidman, Colin Firth, and Mark Strong.