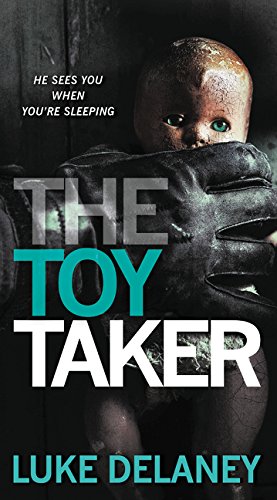 "The feeling of being at the heart of a police investigation seeps from every page."--Daily Mail (London)

The feeling of being at the heart of a police investigation seeps from every page. --Daily Mail (London)"

Outside the house, it's cold and dark.

Inside, where it's warm, children are sleeping.

D.I. Sean Corrigan might have a tiny new office at Scotland Yard and a huge new beat—all of London—but the job is the same. His team has a knack for catching the sickest criminals on either side of the Thames, thanks in large part to Corrigan's uncanny ability to place himself inside the mind of a predator.

But he just can't get a read on this new case. Four-year-old George Bridgeman went to sleep in his bedroom in a leafy London suburb . . . and wasn't there in the morning. No tripped alarms. No broken windows. No sign of forced entry or struggle.

As his investigation zeroes in on a suspect, Corrigan's gut tells him it doesn't add up. Then another child is taken. Now someone's toying with Corrigan. And the game is about to turn deadly.