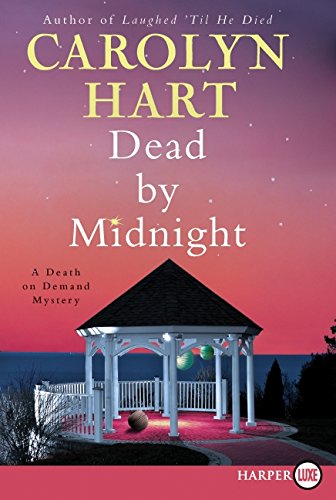 Refusing to believe that a local death was caused by suicide, mystery bookstore owner Annie Darling investigates a series of clues including a hidden towel, a lack of fingerprints on a crystal mug and a lovers' tryst. (mystery & detective). By the Agatha Award-winning author of Laughed 'Til He Died. Simultaneous.

A recent death appears to be suicide, but Annie suspects murder. To solve the case, she unravels the mystery of a towel hidden at midnight in a gazebo, the lack of fingerprints on a crystal mug, blood on a teenager's blue shirt, and the secret of a lovers' tryst.

Annie believes she has set the perfect trap for a merciless killer until her cell phone rings and Death whispers in her ear.