Dead by Midnight (Death on Demand) 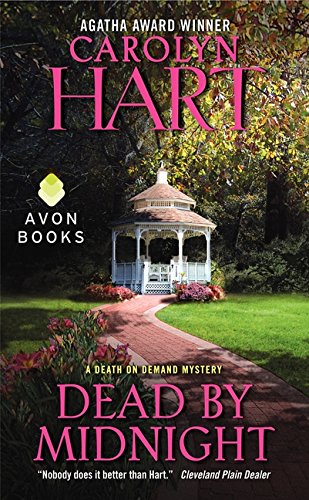 “If I were teaching a course on how to write a mystery, I would make Carolyn Hart required reading.”
—Los Angeles Times

“One of the most popular practitioners of the traditional mystery” (Cleveland Plain Dealer), Carolyn Hart is unstoppable—and her Death on Demand mystery series seems to get better with every book. The proof? Dead by Midnight, once again featuring bookstore owner and sometime sleuth Annie Darling and her adoring p.i. husband Max. Their search for the truth behind a shocking “suicide” that rocks the idyllic (if somewhat homicide-prone) island of Broward’s Rock will make any mystery reader an instant fan—joining an ever-growing multitude that includes bestselling thriller author Robert Crais, who declares, “I’m a sucker for Carolyn Hart’s Annie and Max series.”

A recent death appears to be suicide, but Annie suspects murder. To solve the case, she unravels the mystery of a towel hidden at midnight in a gazebo, the lack of fingerprints on a crystal mug, blood on a teenager's blue shirt, and the secret of a lovers' tryst. Annie believes she has set the perfect trap for a merciless killer . . . until her cell phone rings and Death whispers in her ear.