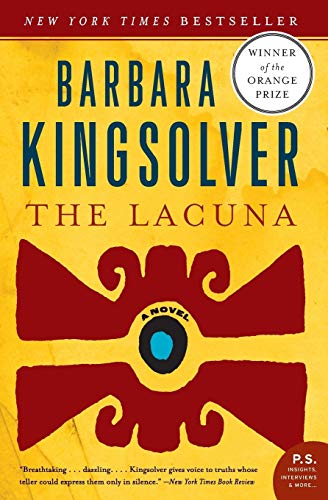 "Rich...impassioned...engrossing...Politics and art dominate the novel, and their overt, unapologetic connection is refreshing."--Chicago Tribune

"A work that is often close to magic.... Much research underlies this complex weaving...but the work is lofted by lyric prose."--Denver Post

"Shepherd's story in Kingsolver's accomplished literary hands is so seductive, the prose so elegant, the architecture of the novel so imaginative, it becomes hard to peel away from the book"--Pittsburgh Post-Gazette

"A sweeping mural of sensory delights and stimulating ideas about art, government, identity and history...Readers will feel the sting of connection between then and now."--Seattle Times

In The Lacuna, her first novel in nine years, Barbara Kingsolver, the acclaimed New York Times bestselling author of The Poisonwood Bible and Animal, Vegetable, Miracle: A Year of Food Life, tells the story of Harrison William Shepherd, a man caught between two worlds—an unforgettable protagonist whose search for identity will take readers to the heart of the twentieth century’s most tumultuous events.