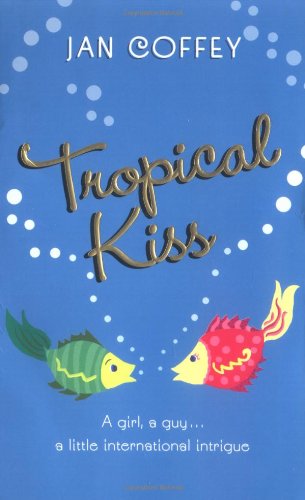 Morgan doesn't want to spend the summer in Aruba with the father she barely knows, but when Morgan finds some mysterious clues in her father's office, the summer starts looking very exciting indeed. Original.

Nikoo and Jim McGoldrick are storytellers, teachers, and partners in the truest sense. Nikoo was born in Tehran, Iran and moved to United States on the eve of Iranian revolution. After receiving a degree in Mechanical engineering, for fifteen years she worked in shipbuilding and robotics, holding manufacturing and higher level management positions. Always a writer and teacher at heart, she gave up her engineering career to pursue writing full time over a decade ago. These days, she also conducts frequent workshops on writing and publishing and serves as a visiting author at middle and high schools. When their first son was born, Jim gave up a successful career in shipbuilding to pursue a PhD in Medieval and Renaissance literature. After being awarded tenure at a university in Pennsylvania, he found that the opportunity to write novels full-time could not be ignored. Since then, he and Nikoo have written well over two dozen works of fiction and nonfiction. Along with his writing, he currently teaches English and Creative Writing in northwestern Connecticut. Together, Nikoo and Jim write historical fiction as May McGoldrick and contemporary suspense thrillers as Jan Coffey. These prolific and popular authors have been the recipients of numerous awards for their work. They now reside in Litchfield County, Connecticut.