Paddy Whacked: The Untold Story of the Irish American Gangster 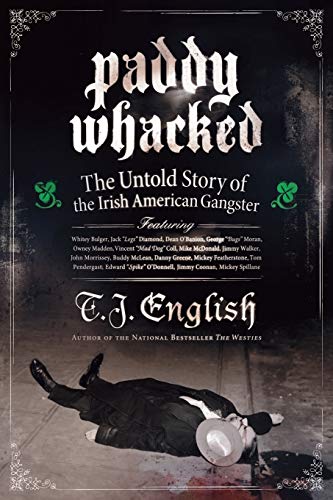 A history of Irish-American organized crime from the nineteenth century to the present traces the influence of such gangs as the Whyos and Gophers over early elections, the modern-day activities of New York's Westies and Whitey Bulger's South Boston mob, and more. By the author of The Westies. Reprint. 20,000 first printing.

T. J. English is a noted journalist, a screenwriter, and the author of the New York Times bestsellers Havana Nocturne, Paddy Whacked, and The Savage City, as well as of The Westies, a national bestseller, and Born to Kill, which was nominated for an Edgar Award. He has written for Vanity Fair, Playboy, and Esquire, among other publications. His screenwriting credits include episodes of the television crime dramas NYPD Blue and Homicide, for which he was awarded the Humanitas Prize. He lives in New York City.