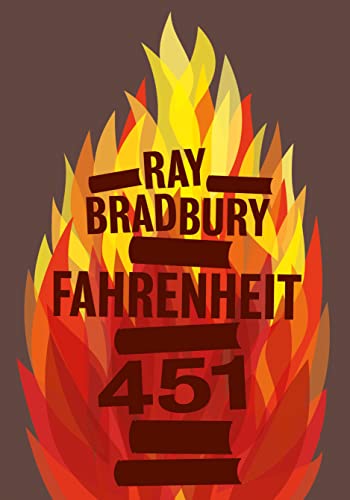 ‘Bradbury’s is a very great and unusual talent’
Christopher Isherwood

A beautiful clothbound edition of the internationally acclaimed Fahrenheit 451 – a masterwork of twentieth-century literature.

The terrifyingly prophetic novel of a post-literate future.

Guy Montag is a fireman. His job is to burn books, which are forbidden, being the source of all discord and unhappiness. Even so, Montag is unhappy; there is discord in his marriage. Are books hidden in his house? The Mechanical Hound of the Fire Department, armed with a lethal hypodermic, escorted by helicopters, is ready to track down those dissidents who defy society to preserve and read books.

The classic dystopian novel of a post-literate future, Fahrenheit 451 stands alongside Orwell’s 1984 and Huxley’s Brave New World as a prophetic account of Western civilization’s enslavement by the media, drugs and conformity.

Bradbury’s powerful and poetic prose combines with uncanny insight into the potential of technology to create a novel which, decades on from first publication, still has the power to dazzle and shock.

Buchbeschreibung Harper Collins Publ. UK Apr 2013, 2013. Buch. Zustand: Neu. Neuware - To celebrate the 50th anniversary of this hauntingly prophetic classic novel it has been given a revamp and a new and exclusive introduction by the late author. Bradbury's powerful and poetic prose combines with uncanny insight into the potential of technology to create a novel, which 50 years on from the first publication, still has the power to enthral and shock readers everywhere. 227 pp. Englisch. Artikel-Nr. 9780007491568