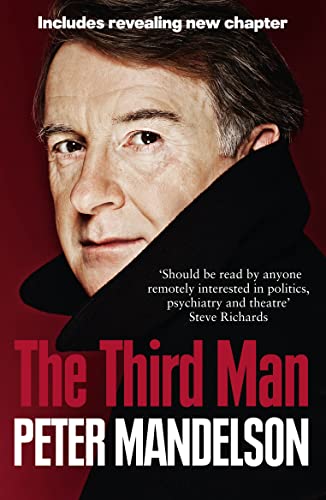 ‘A very good book...Fluently written and substantial, this is a serious book by a serious man’ Sunday Telegraph

‘A compelling account of the New Labour years. Revealing and subtle...The book should be read by anyone remotely interested in politics’ Independent

The number one bestselling memoir of one of New Labour’s three founding architects, now with a revealing new chapter updating this paperback edition.

Peter Mandelson is one of the most influential politicians of modern times. The Third Man is his story – of a life played out in the backroom and then on the frontline of the Labour Party during its unprecedented three terms in government.

Much of the book is devoted to the defining political relationships of Peter Mandelson’s life – with Tony Blair and Gordon Brown. Charting what he terms the ‘soap-opera’ years of the Labour government, his book continues to ruffle feathers with an updated preface bringing the story up to the tempestuous present.