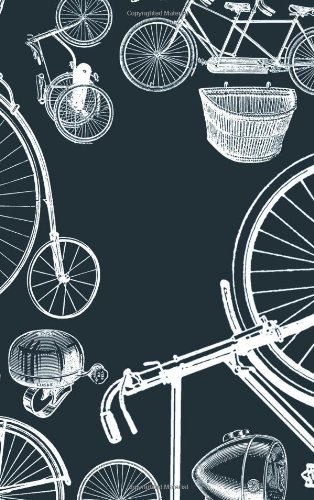 ‘At last – a bicycle book for the rest of us... a book for the sort of cyclist who likes cycling and reading and stories...’ Guardian

“As this beautifully written and gently erudite work easily proves, cycling is ideal for many things, and will doubtless draw more converts to agree that ‘there’s no lovelier form of transport’.” Sunday Times

‘Four wheels not bad, two wheels much better...’ Bella Bathurst is a devoted two-wheeler through urban and country landscapes. This is a lovely, lively, anecdotal anthology of good stories about cycling for the millions more who have taken it up for sport, fun, health and wealth since the turn of the century. Favourites here must be the free-wheeling interviews with bicycle couriers, feral cycling and – for those unable to walk on water – the art of water cycling.’ The Times

‘[Bella’s] joyful freewheel through the world of bicycles and the people who ride them not only affirms her as an elegant chronicler of quirky subjects, but fills a gap in a pantheon of cycling literature... The Bicycle Book is unique in appealing to both cycling nuts and those of us who mean to dust off the flat-tyred two-wheeler’ Economist

A Sunday Times Must Read – ‘Everything you ever wanted to know about the bike, its history and uses’

The bicycle is the most popular form of transport on the planet... With The Bicycle Book, Bathurst adds her voice to the call that we are now at the dawn of a new golden age of this versatile machine.’ Observer

‘The freewheeling exhilaration of this jaunty compendium of adventures for cycling obsessives will convert any irreverence for ancient bicycles into respect for modern pedal-power.’ SAGA Magazine

“You can keep the internet. You can keep the computer and the mobile phone. In the bicycle humanity has its most perfect invention of the last three hundred years and in Bella Bathurst the bike has found the best and brightest booster so far.” BORIS JOHNSON

Two wheels. A frame. Two pedals. What could be simpler than a bicycle?

And yet the bike – old, and cheap, and slightly comic – continues to inspire a passionate following. Since the millennium its use in Britain has doubled, and then doubled again. Thousands now cycle to work, and more take it up every day. In trial after trial, it is the bike which reaches its urban destination faster than the car, the bus, the underground or the pedestrian. Self-reliant and straightforward, cycling has recycled itself. It is an antiquated idea, and its time has finally come.

But what is it about the bicycle that so enchants us? And why do its devotees become so obsessed with it?

Acclaimed and prize-winning author Bella Bathurst takes us on a journey through cycling’s best stories and strangest incarnations, from the bicycle as weapon of twentieth-century warfare to the secret life of couriers and the alchemy of framebuilding. With a cast of characters including the woman who watercycled across the Channel, the man who raced India’s Deccan Queen train and several of today’s top cyclists, she offers us a brilliantly engaging portrait of cycling’s past, present and world-conquering future.

The result is a story of passion and obsession, of exultation, endeavour, and risk. Above all, it is the story of partnership between man and machine, perfectly balanced – a story of love and souplesse.