The Future Homemakers of America 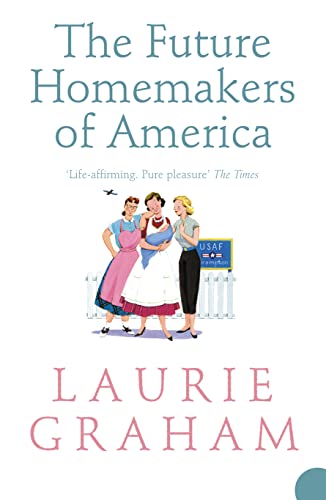 'She has wit and insight to match Nick Hornby, and the entertainment value of Helen Fielding, as well as depth. Her novel traces the lives of Peggy and five female friends – one British – from the 1950s to the present, against a background of landmark events. It amounts to a picture of the way women's lives have changed, without ever sacrificing the particular to the generalisation.' Nicolette Jones, Independent

‘This novel crackles with energy and snappy American dialogue. Laurie Graham conjures up five tough, funny, mouthy women, thrown together at an American airbase in Norfolk. Kath, a typical Brit with a chilly exterior and warm heart, is drawn into their generous circle. Graham has pulled off an absolute triumph; the voice of her sassy narrator, the redoubtable Peggy, never falters as she unfolds 40 years of friendship.’ Georgia Metcalfe, Daily Mail

'The Future Homemakers of America is a warm, life-affirming novel that offers its readers pure pleasure.' Katie Owen, The Times

'This is an absorbing, funny, lively and sometimes moving story.' Sunday Times

‘Laugh-out-loud funny; intelligent; moving; has more delicious roll-off-the-tongue one-liners than Seinfeld. One of those books you buy six copies of to send to all your old friends.’ Julie Morrice, Scotsman

Filled with warmth, wit and wisdom, ‘The Future Homemakers of America’ takes us to the heart of female friendship. A novel fans of ‘Divine Secrets of the Ya-Ya Sisterhood’ will not be able to resist.

Norfolk,1953. The Fens have never seen anything quite like the girls from USAF Drampton. Overpaid, overfed and over here.

While their men patrol the skies keeping the Soviets at bay, some are content to live the life of the Future Homemakers of America – clipping coupons, cooking chicken pot pie – but other start to stray, looking for a little native excitement beyond the perimeter fence. Out there in the freezing fens they meet Kath Pharaoh, a tough but warm Englishwoman. Bonds are forged, uniting the women in friendship that will survive distant postings, and the passage of forty years.