Tolkien, Christopher The Complete History of Middle-earth: Part 2 – the Lord of the Rings

The Complete History of Middle-earth: Part 2 – the Lord of the Rings 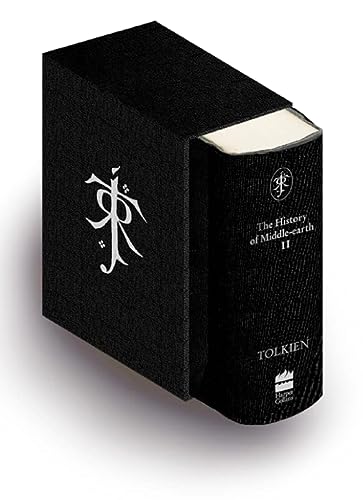 ‘One marvels anew at the depth, breadth and persistence of J.R.R. Tolkien’s labour. No one sympathetic to his aims – the invention of a secondary universe – will want to miss this chance to be present at the creation.’
Publishers Weekly

A new one-volume deluxe, cloth- and leather-bound edition of the four volumes of The History of The Lord of the Rings, printed on India paper and set in a slipcase.

J.R.R. Tolkien is famous the world over for his unique literary creation, exemplified in The Hobbit, The Lord of the Rings and The Silmarillion. What is less well known, however, is that he also produced a vast amount of further material that greatly expands upon the stories that were published, and which herein gives added life to the tales of the hobbits, Gandalf and the quest of the Fellowship as told in The Lord of the Rings.

It was to this enormous task of literary construction that Tolkien’s youngest son and literary heir, Christopher, applied himself to produce the monumental and endlessly fascinating series of twelve books, The History of Middle-earth.

This brand new collector’s edition brings together volumes VI – IX of The History of Middle-earth – The Return of the Shadow, The Treason of Isengard, The War of the Ring and Sauron Defeated – into one volume. Together these books give a fascinating and complete account of the writing of The Lord of the Rings, and provide the reader with numerous additional scenes, together with rare maps and illustrations, which never made it into the final book, including the epilogue in its entirety.

Bound in black leather and cloth, and set in a matching cloth-bound slipcase, this deluxe edition hardback is limited to just 1,000 copies and has been printed on fine India paper in order to bring the 1,700 pages of material down to a manageable-sized book.

Epic in scope and extent, this second deluxe volume of a planned trilogy will present the reader with a unique opportunity to complement their copies of the deluxe editions of The Hobbit and The Lord of the Rings with a once-in-a-lifetime limited collector’s hardback.